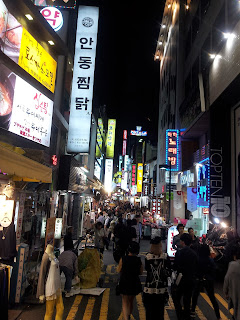 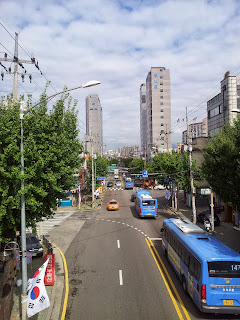 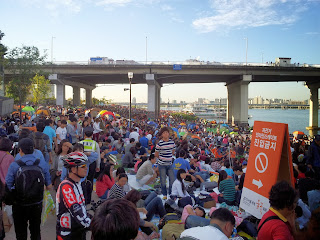 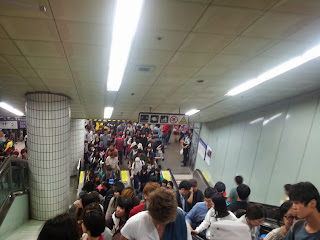 I wrote this article in English because I was asked to do so. This is can also consider as a bragging post for those who decided to stay in Seoul for Chuseok ;). Sorry, no pictures here, you can find them on Facebook. There may be some grammar mistakes...but I don’t care.. Anyway, please feel free to comment.

Finally, the Chuseok week! Korean Thanksgiving, Chuseok (추석), is the biggest holiday here in Korea.  For that, we got three extra days free from the university. Usually the locals spend this time to visit their families but a group of exchange students, including me, decided to take a trip to South Korea’s second biggest city, Busan.

All trains were sold out weeks before the holiday so we had to take a bus. Early birds went there already on Tuesday, but I due to my Tuesday afternoon classes my plan was to go there on Wednesday evening.  Some locals warned us about traffic, but the bus trip wasn’t so bad after all. I tried to study little bit Korean on the bus. The Guesthouse was really awesome. Close to the beach, close to the station and no strict rules unlike in our dorm here in Seoul. Lobby-kitchen-lounge was great, as well as the shower. Our room was small 6-bed dorm without any luxuries.  I shared a room with another Finnish guy, a Finnish girl, a Singaporean guy and two German girls. Thanks again for patience ;).

Soon after check-in we went to the beach. The beach wasn’t far, maybe 5 minutes of walk from the guesthouse. First we got some drinks from the 7-eleven and then we were just hanging around and talking with each other. And drinking. Some of us more, some of us less. I also faced a few quite unexpected situations. I was having a conversation in Swedish with another exchange student from Iran. People started to disappear until there were only four of us who decided to say awake to see the sunrise. Unfortunately it was cloudy and we couldn’t see the sun at all. We went back to the house and made some breakfast. It’s always so fascinating to have a breakfast before you go to sleep. I was the last man standing and I went to bed at 8.30 am.

Next day I woke up at 10am. I had eaten breakfast already so I wasn’t hungry any more. Usually I don’t like swimming, but that day was so hot that the ocean felt tempting. Actually, that was the first time in almost ten years in the sea. It was nice and the water was warm, but I couldn’t be there long without getting sunburnt. Later that day we went to TGIF for burgers. Oh my god, that burger was great! Bacon, cheese, beef, onion rings, french fries…I like Korean food but sometimes I just miss 양식 (=western food) too much.

After lunch we went to see those tall buildings near to Haeundae Beach. We were supposed to find some sort of skyline bar at the top of one of those buildings, but they were all closed because of the national holiday. However, we managed to get in some skylounge and the views from there were great. After that, we walked through a park next to Haeundae Beach. Later at night….back to the beach, of course. This time I went to bed earlier, but…

…at 5 am my Australian neighbour decided to start playing drums and guitar. I woke up, but I wasn’t angry or tired. Then one lovely Danish girl served me a breakfast and I went back to bed for a while. So, Friday was the day we went to the mountains. First we were only supposed to climb up a closest peak and come down by cable car. Ten of us started the journey but only five of us reached the top. However, that wasn’t enough for us. We decided to hike to the higher peak in very rough terrain. Hiking was great and the view from the peak was awesome.

Unfortunately I had some problems on the way. First I had some ankle pain that slowed me down a bit. I didn’t remember to bring good hiking shoes to Busan. After reaching the highest peak we started to climb down. On our way down, my energy levels went down quickly and I felt weak and dizzy. Last few kilometres were really hard for me and I almost fainted in the bus. The bus took us to the subway station and my friends were looking for a restaurant. I was tired and I decided to buy a chocolate bar and head back to the dorm to sleep. Very soon I faced another problem: I had absolutely no idea where our guesthouse was! I took a subway to the larger transfer station. However, then I just decided to jump off the train at some random station and I went to sleep on empty bench. The locals sleep on the streets, so why wouldn’t I do that as well? This quick 30min power-nap gave me enough energy to think. Then I went outside to grab some street food and I got back to Haeundae.

As always, there was the beach party going on and eventually I had a good night once again. Almost all the exchange students were there. Once again I was supposed to go bed early and I actually managed leave them at 1 am but I didn’t get to the bed for a 3 hours because I met another group of exchange students from all around the Latin America. Actually everyone was speaking Spanish except me.

Saturday, the last full day in Busan. My friends asked me to go shopping, climbing up to Busan tower or to go to swim. I wanted to take one day totally on my own. I walked to the subway station and took next train that was coming. I didn’t know where it would go. I transferred to other line and went somewhere near Busan City Hall. There I was just walking around without destination.  Then I ate…something interesting and went back to the station. While waiting for the train, I talked with a Korean girl who sat next to me. We had minor language barrier but it could’ve been worse. Then the train came and we went to different directions.

Sunday. Nothing happened. Except the air conditioner broke down on a bus trip. So we waited for a replacement bus in the middle of the highway more than an hour. Finally, it was nice to be back at home.
Lähettänyt kokorea13 klo 18.24 1 kommentti: 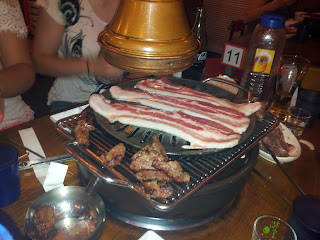 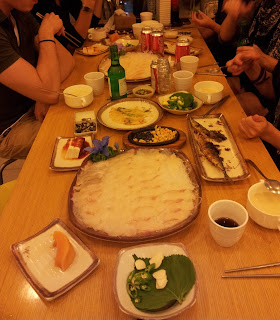 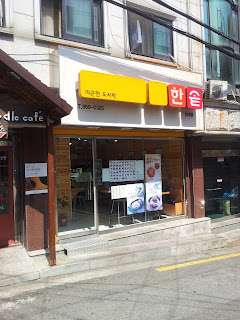 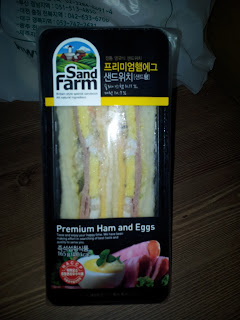 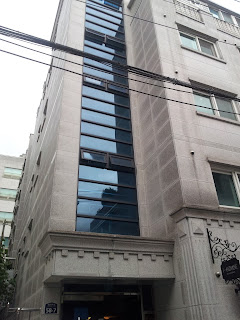 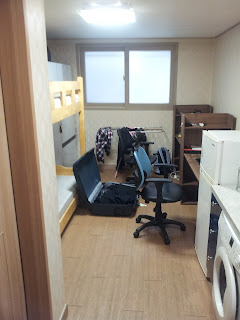 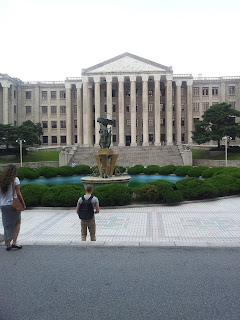